The increasing popularity of some poker variants yields specialist players who are sometimes difficult to beat. Tournaments like the World Championship of Online Poker recognise such players. However, real mastery is in knowing how to play different poker variants. HORSE, an acronym for Hold’em, Stud, Razz, Omaha Hi/Lo and Seven card stud high-low, originated from this notion. Players agree to play a mix of poker variants instead of a single game to reduce the edge one player has in a specific game. Most HORSE participants are proficient in one or two games but are lousy in the others. As such, becoming a skilful player in all the variants is quite impressive. 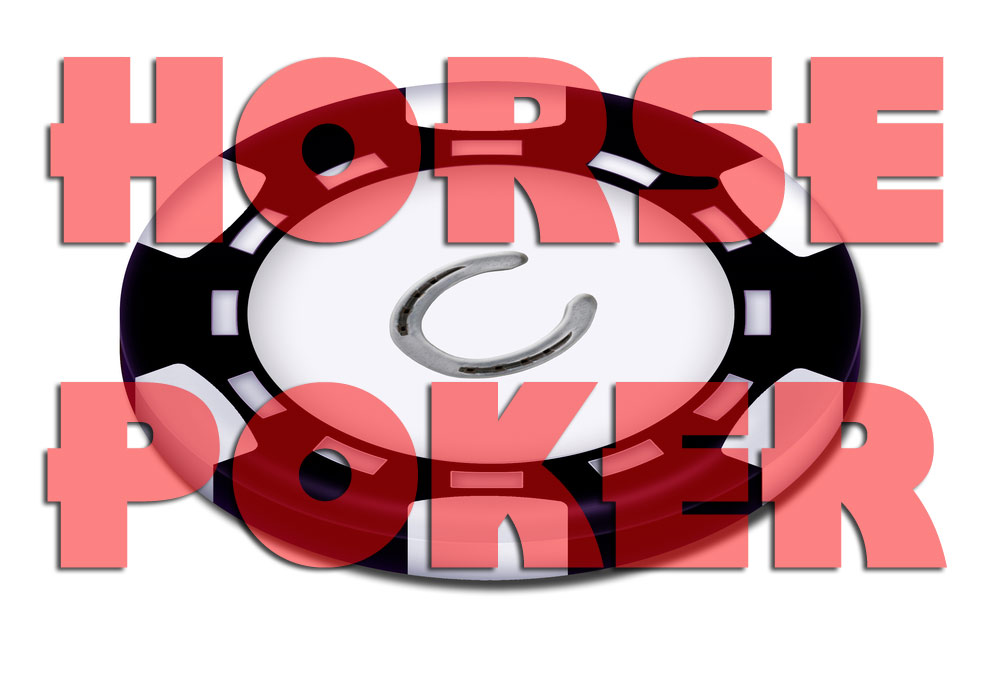 Standard HORSE game competitions are eight-handed where each game is played on a full rotation around a table before going to the next game. The games proceed in the following order- Hold’em, Omaha Hi/Lo, Razz then the 7-Stud High, and the 7-Card Stud Hi/Lo. If playing on a live game, the dealer places a card on the table to notify the players of the game switch. If you play poker online, look at the top corner of the window to identify the game. Note that all the games are played on a Fixed Limit basis. Thus, if you are playing 5/10 GBP Omaha Hi/Lo, then the same amount applies to Hold’em and the other games.

How to Play Horse Poker

Most players know this game, so you need to outplay your opponents. The secret to winning in this game is your position and the starting hand. You also need to focus on the value of the pot. Once you identify weak players, open your ranges with the aim of playing more pots against them.

The strategy is somewhat similar to Texas Hold’em only that a strong hand like the two-pair is weak in Omaha. Your position is also key to the decision you make when playing Omaha as you can significantly widen your range from the beginning of the game.

The game is not as popular as Texas and Omaha thus, the most strategic method of winning in this game is paying strong hands like the wheel-draw and betting aggressively. You can start with a weak hand if the pot has not been raised.

You want to avoid bluffing regularly. Most players are tempted to overplay two-pair hands, draws and weak hands, giving you an opportunity to bet using your strong hands. Again, the key to any Stud round is in the hand you choose and the value of the bet.

You use the same strategy as the Stud game only that the 7-Card Stud Hi/Lo is a split game whose pot is split between the high and the low hand. As such, it is essential to play hands that give you the chance of winning the high or the low hand. Such hands comprise the As, 3s and 2s increase the likelihood of hitting a straight or a flush.

The raises and number of bets placed determine the money in the pot thus, you need to create action by raising and betting on your strong hands. Unless your opponent is not planning to call, there’s no value in slow-playing a value hand.

Basic poker fundamentals apply to any poker game, and these are:

HORSE poker is a game of wits, so you don’t want to take on an opponent who seems better than you. Reduce your interaction with such players and only engage them in games they are not as strong.

This is a skill you want to master if you are playing horse poker online. It allows you to identify the type of player (aggressive or passive) at the table and understand their actions. This way you can perform the best strategy when playing against an opponent.